But people have to live, people who have survived also need trauma-healing.

Since 2017, YMCA Artsakh has been organizing summer camps with up to one hundred participants from different regions of Artsakh. After a long break, as the camp did not take place in 2020 due to the Covid-19 pandemic, the organization decided to organize a camp this year.

The objective, however, was very different this year. If fun and entertainment were the  central elements on previous occasions, this time it was a trauma-healing camp. As there is a great need for it in Artsakh․․․

About 30 young people from different cities and villages came together for the event that had two purposes:

The leaders of the YMCA Artsakh conducted a survey to find out what topics should be included in the camp agenda or, for example, which sports games would be more interesting.

More than 80 young people gathered under the shade of beautiful mountains of Artsakh to spend seven wonderful days.

“Camp for Peace” was a tent camp, so people were able to get out of their comfort zone, especially since there was no internet connection and they learned to live in harmony with each other, sharing personal space, food, and leisure time.

A number of sports games were organized in the camp. Pre-divided teams – home groups took part in it. Volleyball, a sport that was actually invented in YMCA, was particularly popular.

And if during previous years there was a constant dispute about who would get to play on the only Volleyball Field on the premises, this time the issue was resolved by organizing the Tournament. All the teams were happy to partake and in the feedback all highlighted it as one of the best events in the camp.

Like every year, this year a lot of attention was paid to educational programs. One of the trainers was Tevan Poghosyan, Advisor to the President of the Republic of Armenia, who taught young people the skills of negotiating.

There was also a political scientist Benjamin Poghosyan, who spoke about the causes of the Artsakh war and the visions for the future of Artsakh. The young people learned how to write a CV, apply for different jobs and how to go for an interview. As well as what critical thinking is, how to manage conflict and how to resolve it.

This year the participants had two new topics: video-making and storytelling. The latter in particular made the camp very special, as people got to know each other better and saw each other’s wounds more closely.

The camp was rich with interesting participants who had a long and difficult way to visit the village of Patara. The camp was attended by displaced youth, people who lost their fathers, brothers, friends, and spouses. People who were wounded during the war participated in a public event for the first time with their burns.

The participants were visited by a number of cultural figures, who played the guitar by the fire. They sang songs, cried together, rejoiced and remembered the people who are no longer with us.

The last day of the camp is always spent until the morning at the disco. But not this time. On the last day, in a very close, familiar environment, people opened up and shared their pain. During storytelling, a number of young people learned how to write people’s stories. These stories were not just homework, they were read to everyone.

It is indescribable how emotional people got because they heard about the wounds of people on whose faces they only saw laughter during those seven days. On that day, we can say that these people became one family because they saw each other in the most genuine way. That activity was the biggest and most appropriate psychological support to these people.

The participants were sad to leave the camp, but the connection they created is very strong. Until today and more than a month later, the participants organize gatherings and continue their friendship. This is the YMCA, the beginning of a new family and lifelong friendships.

YMCA Europe has provided great support to YMCA Artsakh after the war. 10,000 Euros were raised via online campaign and matched with another 10,000 in order to ensure the implementation of a trauma-healing camp in 2021 (within the Roots Local Capacities for Peace facility) and to fund the activities in Artsakh for the coming year as well.

Check out the full photo album of the event. 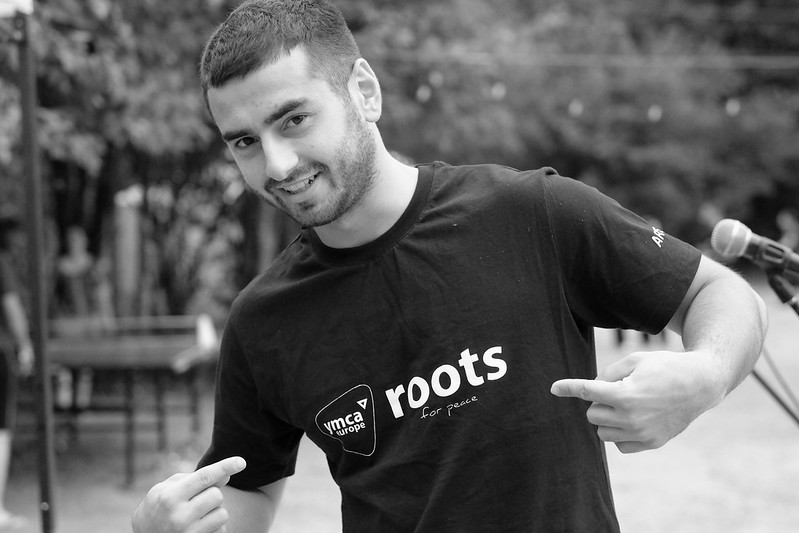 Since 2007 and ever growing, from the South to the North, from the East to the West of Europe – the Roots has always been there for those striving to make this world a better and safer place, a peaceful home for all. We go where the need is, responding quickly to the emerging issues with the legacy and mandate, capacity and adaptability gained for all these years.

By donating to the Roots, you invest in youth opinion leaders from all corners of Europe – varied by age, ethnicity, religion, race or wealth, but united with one strong conviction – Peace is the only way!