The idea for the “Bridges for the future” project was designed by graduates from previous `YMCA Europe Roots for Reconciliation` Peace Work Institute events (Istanbul, Yerevan, Prague, Strasbourg). The only way to shed the “Balkans melting pot” reference is to dispel myths and start at a grass roots level with the youth. The added value of doing this on an International level is for young people from post conflict areas to realize they are not alone, to provide a greater support network and also to share responsibility for the common fate of Europe.

Using an innovative new format, the “Bridges for the Future” Seminar pushed participants to work as creative production studios where they were expected to simulate a professional creative process by pitching their project idea, establishing a workflow plan, writing out a creative brief and creating other deliverables during the course of the week. The following article was presented during the project by one of the “interest groups” called “Arrow Productions”.

They are staying in the region with history plagued with conflicts and wars among each other during past decades. But first, look at the group of young leaders, sipping coffee and checking their smart during a break and you wouldn’t differentiate between them would you?

Throughout the week (6th to 11th September) the young people have had an intense program laced with expert lectures on media management and communication. Other meetings and discussions relating to complex topics such as religion, co-existence and diversity have provided rich learning for all the participants. Above the experience has provided opportunities to meet with other young people and make friends from around the World.

“We have to keep together, promote peace and teach other people how YMCA does this. Balkan young people don’t know what real peace is, they are lost about it, they lose hope – we need to remind them that Peace means hope, love and people working together,” Christina from Cyprus said. Once she returns home, she intends to teach how easy peace can be reached – and spread more knowledge of the YMCA.

Katarina from Macedonia added “I have learned about different cultures and how other people live. All young people from the region are essentially the same, and their cultures are very similar – more than we actually realize,” Concluding she said “I am happy to get to network and expand my contacts around the world and now I have a platform for future work.”

It was only several years ago that Kosovo was in the middle of a war for independence with Serbia; a few years further back in the 90’s devastating wars between several Balkan countries took thousands of lives. Tensions and occasional displays of violence are still present in some participating countries. It is without doubt many of the young people attending the seminar have been directly impacted by the Wars in the Region. With that in mind it has made the seminar a real challenge and has enriched the learning experience for all of the participants. 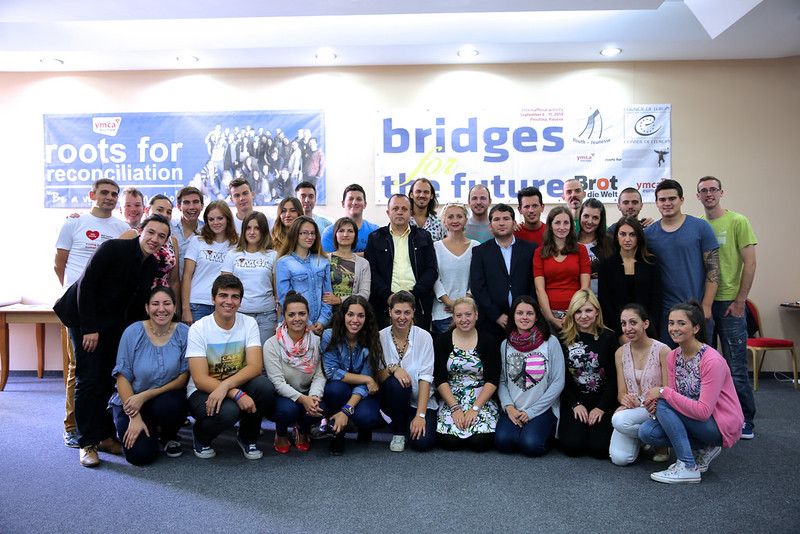 The YMCA organizers have handled this challenge with great skill and professionalism ensuring that all participants remain comfortable discussing difficult issues in a safe environment. The seminar has included morning sessions with powerful messages of peace and understanding and the days continued with lively discussions on peace building both in theory and in practice, including input from participants (young activists/leaders) who shared their personal experiences.

Several dedicated time slots were also allocated for participants to learn about social media and groups of participants then undertook a media project to promote a message of Peace. Working together the participants took on various roles and responsibilities and they then worked together to produce their message, some used video and others used pictures, commenting Martina from “Arrow Productions” said “the home groups were a great opportunity for the participants to learn new skills in media production and communication. It was an effective method of team building and cohesion allowing young leaders from several countries to work towards a common goal”.

Having seen the disasters of wars and conflicts, the young people instead of giving in to despair, feel the future is in their hands and they can make a big change in their home countries. With seminars like this they have had the chance not only to make personal friendships but have also learned from each other.

On concluding the week the young leaders have clearly developed a renewed sense of hope and passion with their eyes fixed on changing their present and shaping their future. 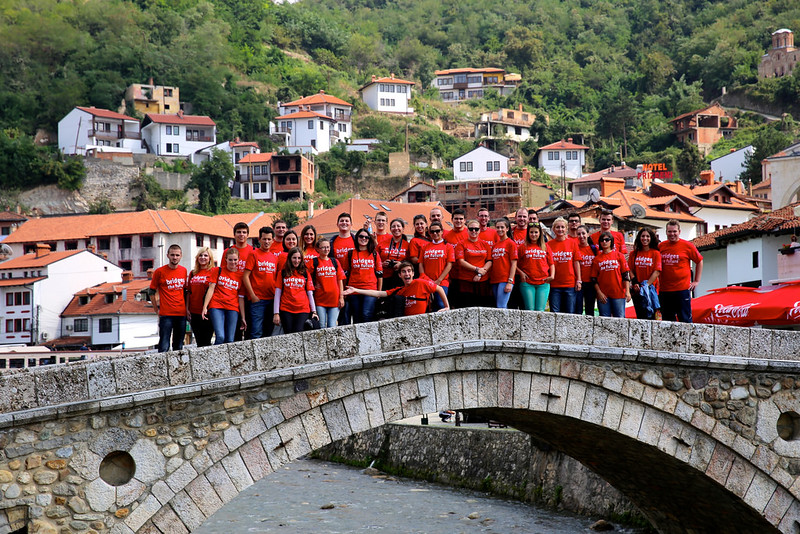